Before I begin today’s post, I want to tell you what happened to me yesterday: while I was editing the clips below, I received a Copyright Infringement e-mail from YouTube, who, on behalf of Paramount Pictures, blocked a clip from my Henry Fonda post. Moreover, they warned me that this was my second infraction (I didn’t even know there was a first!) and if there was one more, then YouTube would be shutting me down. Since my posts are clip-driven (to put it mildly), I panicked. I mourned the inevitable demise of this blog; I napped the way depressed people do; I sighed a lot; and, always one for multi-tasking, I even found time for some moping.

Ultimately, my baby did something I didn’t: she Googled “fair use blog video clips”!

She found a treasure trove of bloggers and journalists who have received similar e-mails (or worse). Turns out YouTube has gotten friendly to the notion of Fair Use and makes it easy for a Little Guy like me to retaliate against the Paramounts of the world. Here’s some informative links:

-A 2009 article by Kevin B. Lee, the journalist who took a HUGE hit because of quote-unquote Copyright Infringement. He’s very generous with this “It happened to me, but it doesn’t have to happen to you” piece.

-Matt Zoller Seitz’s 2009 article defending Fair Use for the sake of film criticism and education.

Thanks for watching my back, Debbie!

(Y’know, sometimes my jump-cut to doom-and-gloom reactions really piss me off. Thank God for my wife. It reminds me of a story comedian Lenny Bruce tells in his autobiography How to Talk Dirty and Influence People. He and his wife Honey were leaving their apartment and discover their car was missing. Lenny immediately panics and, fearing the worst, thinks the car’s been stolen. His ever-sensible wife, however, suggests they go to the car pound, pointing out that he had parked the car “the wrong way on a one-way street on the no-parking side in front of a fireplug during a rush hour.”

Let’s hear it for the clear-headed spouses!)

And now back to the blog-at-hand…

All this damn Sex & the City 2 talk nowadays got me to thinking about Kim Cattrall in Mannequin, her 1987 cult-favorite with Andrew McCarthy, the one were she’s a mannequin that comes to life.1   Then I read Edward Copeland’s blog post about the long-overlooked actress Paulette Goddard and it made me think about Mannequin, too. (But not about Mannequin 2; that would be ridiculous.) 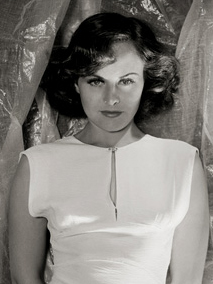 You see, Ms. Goddard was once married to Charlie Chaplin and she appeared with him in his 1936 film Modern Times. And the last place I’d expect an obscure Charlie Chaplin reference is in the slight Mannequin, however, it’s in there if you know where to look.

Here are the clips back-to-back and then together. For context: in Modern Times, Charlie’s character is working as a night security guard in a department store; he’s let his sidekick Paulette Goddard in and they proceed to run amok. In Mannequin, Cattrall and McCarthy also run amok in an after hours department store, this time to Alisha’s “Do You Dream About Me.”

(I especially like that both Chaplin and McCarthy have cigarettes.)

Something tells me the average 1987 movie-goer—at least the ones attracted to Andrew McCarthy comedies—missed this shout-out, which is why God invented blogs.

And for those who just can’t get enough of the young Samantha Jones, here’s the whole Alisha song, which I like to call “I’ve Got Those Fair Use Blues, Baby.”

BACK TO POST 1 Unless you’re really old, in which case you might of thought of Cattrall in that 1978 Columbo episode.

For some final thoughts, I acquiesce to this wonderful and moving piece
by Matt Zoller Seitz.
It’s a love letter straight from his heart.