Vincent Price Can “Dig It!”

The charming and always-cool Vincent Price turns 99 today (well, not on our Earthly plane, but somewhere he’s turning 99).

Besides the endless entertainment he gave me as a kid and teenager—in horror films such as The Tingler; as host of PBS’s Mystery!; as Egghead on TV’s Batman (above); and, of course, as the ghoulish promoter of the Shrunken Head Apple Sculpture kit—he capped everything off with his song-stealing cameo on Michael Jackson’s Thriller.

So here’s a curio that’s included on the 2001 edition of that LP. It’s Vincent Price’s VO session for the song, including a verse cut from the final version! What better way to celebrate the man’s special day! 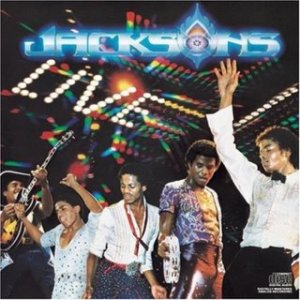 Yesterday I talked about the once-removed cultural impact of The Jacksons Live!, their 1982 LP of their 1981 tour. Even though they were ostensibly promoting their critically-acclaimed 1980 LP Triumph, it could also be called Michael’s Off the Wall tour. They did five songs from that LP, which had been out for two years already but (I think) hadn’t been performed live. Definitely Michael Mania was in place and in ascent. He sounds better than ever (up to that point), and he knows he’s about to conquer the world.

But the whole album is a treat and all the brothers shine. And they are a band (I’m reminded of the Beach Boys’ early 70 LPs Sunflower and Surf’s Up), and that’s one of the nicest surprises: as good as “Rock with You” and “Working Day and Night” are on the original LP, these live versions benefit from the Jacksons harmony, a sound Michael was trying to put behind him. These versions, with all of those familiar voices behind Michael make these songs sound like a Jackson 5 tune with Michael on lead vocals. It’s really something.

The Jacksons as a touring unit in the late 70s stayed clear of their early hits, aside from the ubiquitous three-minute medley. I’ve heard a show from 1979 tour and that medley begins simply: Randy says, “Hey, Michael, should we do some old stuff,” and Michael says, “Sure. Let’s go.”

But two years later, Michael was in a different place than his brothers. They hoped they’d have a future in show business, but Michael knew he would—and he knew their audience was ready to go with him. Subsequently, the medley now had a long, scripted intro, tailor-made by Michael, making it clear where he’s heading.

It’s easy to put yourself in the audience, full of screaming teenagers who were raised on “I Want You Back,” but were ready for “Billie Jean.” And yet this playful intro preys on a sense of nostalgia the audience didn’t even know it had. It’s funny, it gets you cheering along (silly, but that’s how I felt the first time I heard it), and Michael sounds so strong and hellbent on the Now.

Tagged as Michael Jackson, The Jacksons

I had mixed feelings when Michael Jackson died. Sure, I was bummed out—the world lost a great talent, all those amazing songs, blah, blah, blah—but I was also happy that People magazine was finally going to give these bozos a rest and put someone else on the cover. (I mean, really, they had, like four covers in a row. And yeah, I read People. My wife subscribes, and when it’s sitting around the house, it’s impossible to resist.)

The best thing to come of Michael’s passing—for me—was the rediscovery and discovery of so much great Jackson 5 and Jacksons material. (They were known as the Jacksons after their departure from Motown in 1975.) There are two LPs in particular, Destiny (1978) and Triumph (1980), that are electrifying late-era disco/hardcore R&B, and they’ll definitely be topics of later posts.

But right now I’d like to highlight the LP The Jacksons Live!, recorded in September, 1981, for the Triumph tour. This is one of those CDs that when I finally heard it—which was only last June—I wondered, “How come no one’s ever mentioned this to me?! How come I’ve never seen this on any ‘Great Live LPs’ lists?! If I had known about this, I would have been listening to it regularly for the last three decades!” Tomorrow I’ll write more about the LP itself, but today I want to draw attention to one song: “She’s Out of My Life.”

Many people my age reading this remember Eddie Murphy’s 1983 Delirious special on HBO. It was incredibly influential—for better or worse—on all of my peers (we’re still screaming, “The Ice Cream Man is coming!!!!”), and his bit on Michael Jackson helped formed the basis of our opinion of Michael in the 80s. Well, now after hearing this live LP from the Jacksons, I’m fairly certain this is what Eddie used as the basis of his impersonation. When I heard Michael sing this song, I had a major shock, one of those moments where something from you youth finally makes sense, when all the pieces fall into place.

I’ll let you decide. (BTW, keep in mind that in this video clip, whenever you hear Michael, it’s from the aforementioned live recording; the video, however, is from his 1979 video for the song, hence the sloppy synch.)